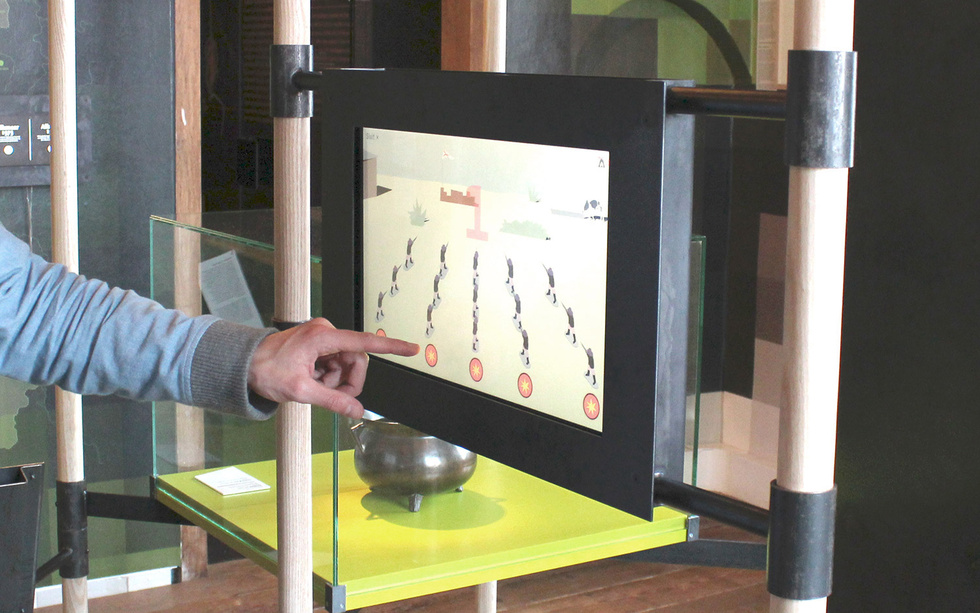 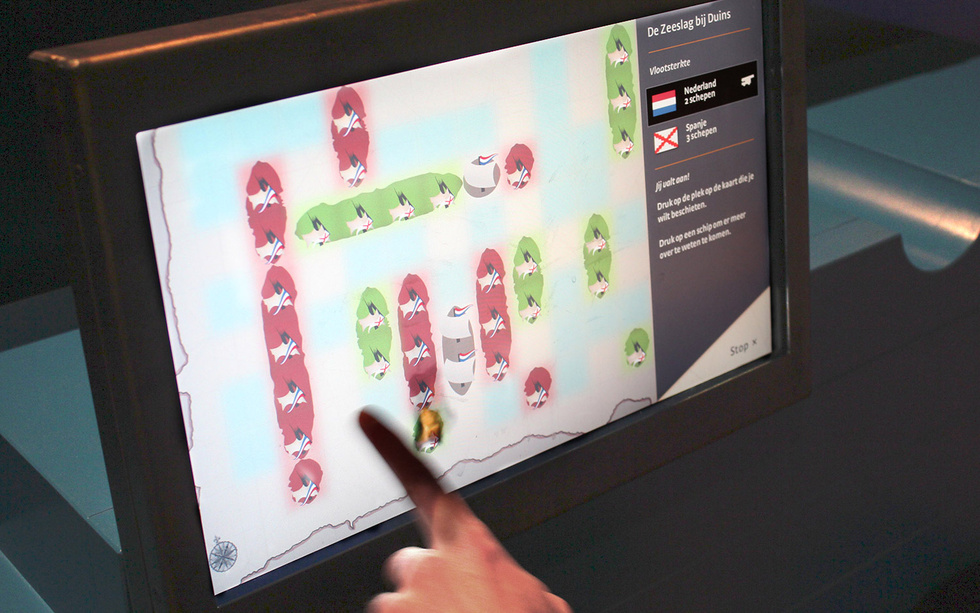 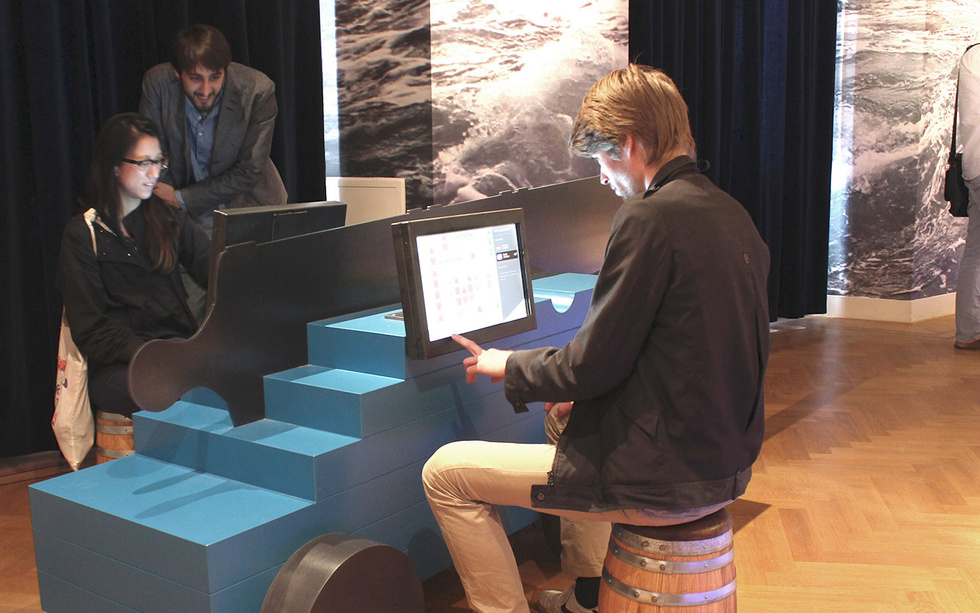 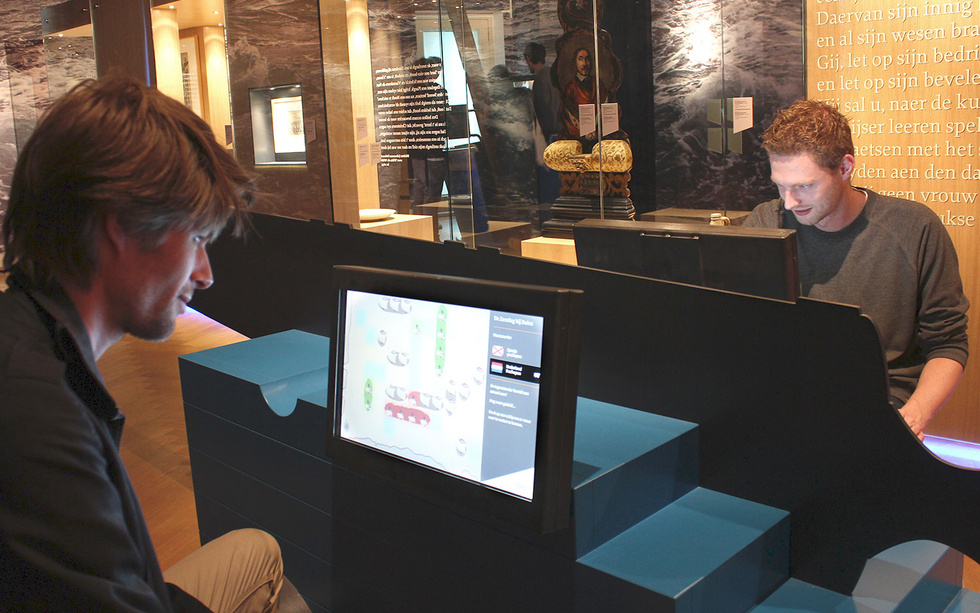 For the re-opening of the Brielle Historical museum in 2012 we were asked to create two games related to the Eighty Years' War.

The first game is a simulation of the 'contramars', a millitary formation devised by Maurice, Prince of Orange in the 16th century. He positioned his soldiers in columns and instructed them to move to the back of the column after firing. This bought the soldiers time to reload while they were covered by their peers in front of them. In our game quick reactions and careful planning will allow the player to beat the Spanish army and win the war.

Bastiaan showing the Spaniards who's boss in 'Contramars'

Our second game is a multiplayer version of Battleship. Players sit opposite each other and try to sink their opponents boats. All ships are placed automatically to speed up gameplay, and both players share the same sea. We also limited the number of boats to speed up the game even more.

Tension mounts near the end of a game of Battleship

These games were commissioned by KEEN and developed in collaboration with Max Troost. 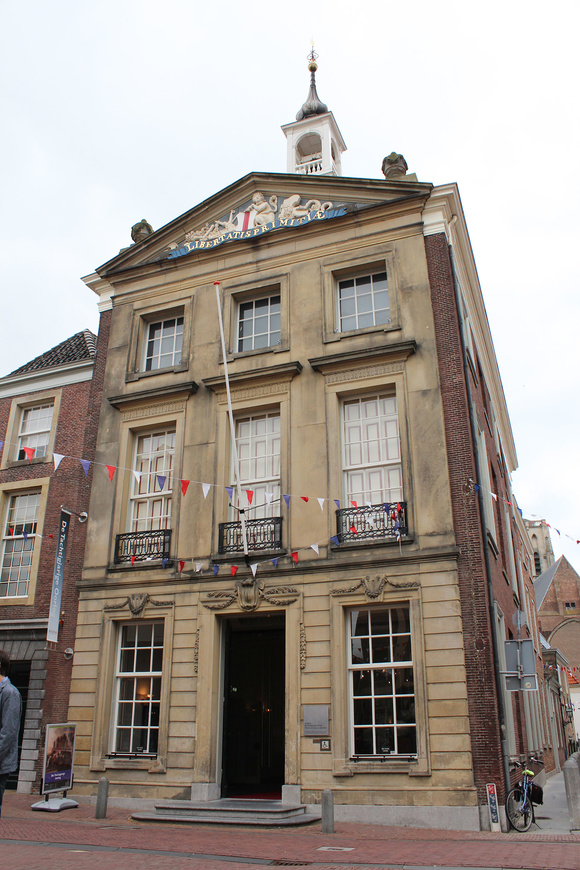